Your Conservative Councillors for Harleston

Harleston Ward which comprises 6100 electors in Needham • Redenhall with Harleston & Wortwell is represented by two Councillors on South Norfolk Council.

All across South Norfolk forty six Conservative community champions are standing in this election, each dedicated to solving local problems and growing a stronger economy and creating better lives for local people one family at a time, one street at a time and one place at a time. Here in Harleston Ward our two local Conservative Councillors work to improve your lives.

Jeremy Savage Jeremy is a tenant farmer’s son and studied at Writtle Agricultural College and has been involved in Agriculture all his life. He is married to Caroline and has three daughters who were educated at local schools. Jeremy moved to the Diss area in 1962 and has been involved in agricultural merchanting and the grain trade trading with local farmers and growers since then.

Jeremy has been active in raising financial support for many local groups and especially those involved in youth affairs. He was instrumental in ensuring that car parking remained free in Harleston and played a big hand in ensuring that the District Council maintains its focus on the smaller market towns to keep them relevant as shopping patterns change.

He is currently a Trustee of a National Trade Benevolent Society. Jeremy is a member of the Local Advisory Group for the Waveney Valley. He represents South Norfolk on the Local Government Association Rural Committees.

Fleur has lived in Starston for most of her life with her family. She wants to ensure that the voice of young people and families are heard loud and clear on the local District Council.

She has previously been the Member of the Youth Parliament for South Norfolk and has sat on and cochaired the South Norfolk Youth Advisory Board.   She currently works supporting a well known MP to manage his caseload.

In all these roles she is delighted to spend time reviewing and awarding funding for local projects within schools and the community including funds for anti bullying programmes, life skill courses and outdoor confidence building projects. Fleur is passionate about environmental issues. She is pleased that South Norfolk is the first Council in the country to introduce electric vehicle charging points in our market towns powered exclusively by offshore wind generated off the Norfolk coast.

Fleur is also particularly interested in issues of road safety within the ward. She has the enthusiasm, energy and commitment required to be a district councillor. She says “I get a great deal of personal satisfaction from helping those who come to me to solve their problems. 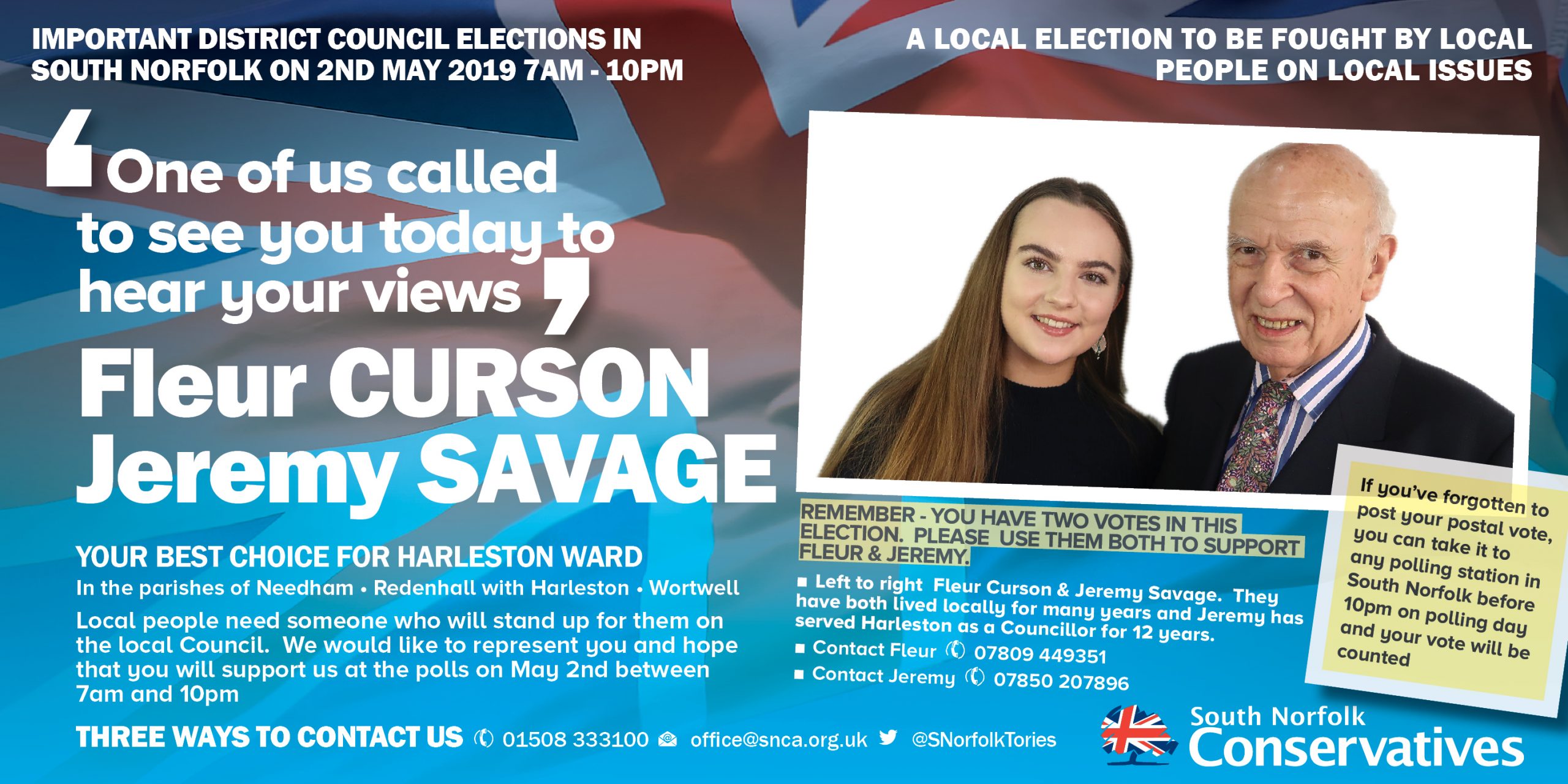